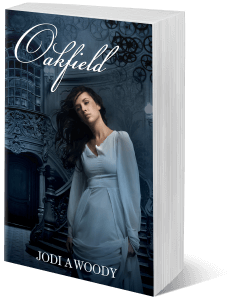 I was given “Clockwork Mechanicals- the Complete Trilogy by the author, Peter R. Stone, in exchange for an honest review. I read book one quiet some time ago and thought it was a great middle grade read! So when Mr. Stone gave me the opportunity to read the whole set, I jumped on the chance. Steampunk for kids with great characters and a good moral lesson. Read them in order as they go from one point in time to the next, however each book has a definite beginning and an ending. I just love this author. His YA “Forager” series was also a good read. I give it five stars and can recommend for ages 7-13, (though I am much older than that and really enjoyed them)

I received a copy of “The Kingdom Lights” from the author, Steven VS, in exchange for an honest review. This book is intended for Middle grade to Young Adult. It is a good fantasy, with steampunk elements, including floating cities and magic. I really enjoyed this book. The characters are fleshed out and likable, quite a few interesting new “species” for me. If you are a parent that doesn’t want your children to read anything with magic, then this one isn’t for you. Absolutely no swearing, no sexual content, but there is fighting and “monster” type things used in battle. I give it four stars, I really liked it. Though the story had a clear beginning and end, I am hoping there will be more of these books.

I was given a copy of “Tesla” by the author, Mark Lingane, in exchange for an honest review. I so loved this book! It was the funnest (I know not a real word) read this whole summer. It is cyberpunk meets steampunk, literally. It is filled with tongue-in-cheek humor, all the excitement you expect from killer cyborgs, all from the point of view of a tween boy and a teen girl. I will probably read this one again. No sexual content, some mild swearing. I can recommend this to ages 14 and up. Now, I’ll have to try to be patient as this is only the first in a series.

This book has several of my favorite elements, romance, steampunk, fae folk and a tad bit of the Bible thrown in. And it works! Great writing. Hoping this is only the first in a series. Though it ended in a good place it is left open for so much more. I enjoyed it. Great for teens and up. Not corny or cheesy in it’s use of the Bible. Just in simple terms in simple language as the beliefs of the people during the times. Great job. I give the book 5 stars.