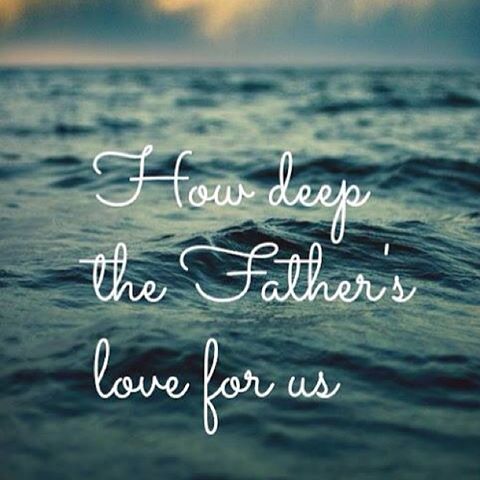 I was saved at the age of six at a small meeting after school, in the house of a classmate. I don’t remember her at all, not even the school we attended, but I remember the beautiful Mexican woman, her mother, who led me to the Lord. She had lovely long jet black hair and wore a colorful dress from Mexico. Using her perfect storyteller’s voice with a soft accent and a flannel board, she captured my attention that day. She spoke of our shortcomings and failures, how our hearts were black and ugly, putting a black heart up on that board for us all to see. Then she told us of a Father whose love could clean those hearts. She called that Father ‘God’ and explained in a simple way how much he loved us. I have no memory of the cross or of Jesus’ shed blood, just a few simple words about love. Next, out came a blood red heart, cut perfectly without any frays or being lopsided, and covered that ugly black heart up, no longer visible. “God,” she said, “loves you so much, he wants to be your Father and give you a new heart.” Those words are words I will never forget.

A little six year old girl, a skinny freckle-faced, quiet, homely, lonely girl who had always felt unwanted and lost in a family of bright, athletic, beautiful and noisy children, found the love she had been longing for that day. His love called me, drew me and captured me that day. His love kept me and sustained me for years, I held on to that love. Time went on and without the nourishment of His word, I fell away and lost my security and acceptance, He hadn’t left, I had just slowly but surely, wandered away. I turned my back on God and tried to find what only he could give out in the world. Years of ugliness and abuse, drugs and alcohol, bad relationships and wrong choices taking me further from Him, and moving quickly to an early grave…and hell.

Then one glorious day, as I opened my heart to Him, there He was, where I had last left Him, waiting with open arms. His love was still calling me, drawing me and once again capturing me. This time there was Church Family, His Word, encouragement and support, correction and teaching. The cross and the sacrifice of Jesus, the help of the Holy Spirit all linked together with God’s Love. I have learned so much more about Him in the 29 years since returning to him. God to me is and will always be LOVE, all consuming, never ending love and acceptance. I am important to Him, special in my own way. I am beautiful to Him, wondrously made by Him.

So it saddens me when people say God is hard, harsh and distant. That He brings earthquakes, sickness and sorrow. Some have a picture of God as a dictating deity using us for His perverse entertainment, or a judgmental King threatening to punish the smallest infraction. But of all of the false beliefs about Him, the one that hurts me the most is that He is uncaring, that He could stop all suffering, but that He just refuses to do it. All have been deceived. Satan doesn’t want us to know who God truly is, that’s where our power and authority comes from, knowing who He is and who we are in Him. So he slander’s God and people believe it. We live in a fallen world that could only be purchased back by legal means; God is just and will not break His own laws. Jesus as the spotless lamb is the only one who could break the curse. He came and did just that, so now all who will believe and accept His sacrifice can live as children of God. But the world is still under the rule of Satan and under the curse, so bad things happen, some of our own doing, some of God’s doing and some a result of the state of things. Only good and perfect gifts come from the Father.

God has given us, His Children power and authority over this world to bring it under the authority of Heaven. Some cry and bemoan God’s supposed lack of help, when He has clearly told us to help, we are to change the world, accept His love, and stand in His Victory and strength. Take back what Satan was given by Adam when he fell. When we go through all of the hard stuff here on earth, we don’t go alone, and we go through. He is there with us. He gave us weapons to fight, armor to protect and angels to go before us. His love is a banner over us!

My God is LOVE. He’s a Mighty Warrior King who vanquishes my enemies. He is a Strong Tower of protection; His is my place of Refuge. He is my Salvation, my Savior. He is my caring and gentle Father. That is my God.

Who is your God?

Once you were under God’s curse, doomed forever for your sins. You went along with the crowd and were just like all the others, full of sin, obeying Satan, the mighty prince of the power of the air, who is at work right now in the hearts of those who are against the Lord. All of us used to be just as they are, our lives expressing the evil within us, doing every wicked thing that our passions or our evil thoughts might lead us into. We started out bad, being born with evil natures, and were under God’s anger just like everyone else. But God is so rich in mercy; he loved us so much that even though we were spiritually dead and doomed by our sins, he gave us back our lives again when he raised Christ from the dead-only by his undeserved favor have we ever been saved- and lifted us up from the grave into glory along with Christ, where we sit with him in the heavenly realms-all because of what Christ Jesus did. And now God can always point to us as examples of how very, very rich his kindness is, as shown in all he has done for us through Jesus Christ. Because of his kindness, you have been saved through trusting Christ. And even trusting is not of yourselves; it too is a gift from God. Salvation is not a reward for the good we have done, so none of us can take any credit for it. It is God himself who has made us what we are and given us new lives from Christ Jesus; and long ages ago he planned that we should spend these lives in helping others.