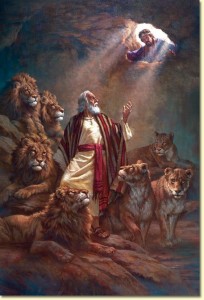 Colossians 3:22-24 (HCSB), “Slaves, obey your human masters in everything. Don’t work only while they are watching, in order to please men, but work wholeheartedly, fearing the Lord. Whatever you do, do it enthusiastically, as something done for the Lord and not for men, knowing that you will gain the reward of an inheritance from the Lord. You serve the Lord Jesus Christ.”

Thankfully, those of us in most of the world don’t have to worry about being slaves. However we can apply this passage of scripture to employees, servants, and anyone who is under another’s authority. The world would be a better place and much more productive if we did this. There wouldn’t be such a spirit of “socialism” in the world either. Everyone would do their part to the best of their ability. There are way more people who could be working at something than there are those who truly can’t work at anything.

In America we complain a lot, about a lot. We tend to complain about Mondays, why? Because we have to go back to work. We complain about having to work at all, or we complain about the hard hours, or those who don’t work as hard as we do, or that we aren’t appreciated, or recognized, or praised…need I go on? This week I was reading my Bible and came across that scripture in Colossians, which led me to these:

Ephesians 6:5-6 (NIV), “Slaves, obey your earthly masters with respect and fear, and with sincerity of heart, just as you would obey Christ. Obey them not only to win their favor when their eye is on you, but as slaves of Christ, doing the will of God from your heart.”

Hebrews 13:17 (KJB), “Obey them that have the rule over you, and submit yourselves: for they watch for your souls, as they that must give account, that they may do it with joy, and not with grief: for that is unprofitable for you.

Do your job even if no one is looking. Submit to those in authority over you, even if they are wrong. Now, I have to clarify that we don’t have to go against our morals here, that isn’t what I am talking about. What I am saying is we don’t have to be right. As an example, let’s consider a couple of men from the Bible.

Joseph and Daniel were both slaves. Joseph was sold into slavery by his brothers, actually only one, the rest of them wanted to kill him, and ended up with years slavery. First in the home of Potiphar where he did such a good job the Egyptian put him over his whole household. Then when Potiphar’s wife tried to seduce him, and Joseph literally ran away, she accused him or rape and Potiphar sent him straight to prison. In prison he quickly rose in authority until he pretty much ran the place. He was released from his confinement after interpreting some dreams of Pharaoh’s. He saved not only Egypt from famine, but his own family as well. His ending was that he was second only to the Pharaoh himself, who pretty much ruled the known world at the time.

Daniel was taken captive by Nebuchadnezzar and taken from his own homeland and relocated to Babylon. He too due to his obedience quickly rose in rank and authority. He ended up serving under seven different rulers and kings, none of them Jewish. Like Joseph, he stood for righteousness and continued to serve God where he was. And like Joseph he also interpreted the dreams of a king through God’s revelation. He didn’t use his captivity under a gentile foreign king as an excuse not to serve God along with serving the king. He was almost killed for continuing to obey God when the king made a law that contradicted God’s law. God however, intervened and saved Daniel’s life.

If we look at these two men we see a pattern. They didn’t just obey God. Had they snubbed their noses at their captors, they would have at best, not risen in authority, and at worst, been killed. Yet, when it came to sinning against God they both refused. Daniel calmly continued to pray three times a day as was his custom, and Joseph refused to allow temptation to commit adultery with another man’s wife. They didn’t fight their captors, they didn’t refuse to work, they didn’t try and sabotage their new governments, but they did obey in every way that didn’t go against their faith in God.

How much more should we obey our bosses, teachers, parents, government officials, Church leaders, and God himself? We who are free from the law and are not obligated to follow it, but have the grace of God and His love inside of us; shouldn’t we be even more obedient? We are representing Heaven and our Heavenly Father let’s represent Him well. When we do that our bosses, leaders, etc. can do their jobs with joy. God will get the glory and people will be blessed.

It’s always right to do the right thing. It’s always best to do our best.

I am not sure who coined this phrase, but the school I taught at for years had this as our motto: “Good, better, best, I’ll never rest, until my good is better and my better is best.”

I Corinthians 15:58 (NIV), “Therefore, my dear brothers and sisters, stand firm. Let nothing move you. Always give yourselves fully to the work of the Lord, because you know that your labor in the Lord is not in vain.” 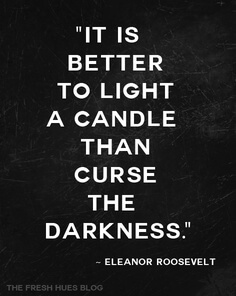 Many things can affect our attitude… but only if we let them. Because, truthfully, our attitude is our choice. We may not be able to control everything that happens around us, or even to us, but we can control how we react to those things. We might even start out with a good attitude, only to find that it has gone sour somewhere along the way. How can we rightly judge our attitude? It’s always easy to see someone else’s, no always so easy to determine our own.

Matthew 12:34 says, “For the mouth speaks from the overflow of the heart.” A great place to start is to listen to what you are saying and before we can speak it out it goes through our heads first. So our thoughts are even more important, but usually it is easier to listen to our mouths as a starting point. Are you a “negative Nelly”? Are you quick to find fault in others, yourself, with your job, your finances…the weather? When discussions come up about changes, a new project or plans for the future, are you the one saying, “it will never work.”

Our attitude also affects our service to God. Over the years, I have seen many people (including myself) who have committed to serve in some way, greeting, ushering, or maybe working in the nursery, wanting to help out and be a part of the family, only to hear them speak negatively about it down the road. It started with the comments (or thoughts) of “I’d like to stay home today, but I have to usher again,” Next comes the “I greeted three times this month, can’t someone else ever do it”, and before you know it they become dissatisfied with almost everything. Those comments are red flags for an attitude adjustment. When serving becomes your only reason for attending church, instead of a genuine love for God, His word, and fellowship, you’re in trouble. If we don’t get our attitude right, soon we will be dropping out of serving, feeling burnt out and resentful, feeling like we don’t have a reason to go to church anymore. I’ve seen individuals and whole families fall victim to this bad attitude. Serving God, in any capacity is an honor, not a duty, obligation or a drudgery. The motivation has to be love.

It can be the same at your job. If you are working just for a paycheck, your attitude can quickly go south. You’ll think the hours are too long, the pay isn’t enough, your boss is selfish and the other workers are lazy. God hasn’t put you in that job just to provide for you financially, but so that you can be a light and show the love of Christ. Be a blessing to your employer. Set an example, work hard,(Christians should be the best workers in any job). Otherwise you will start to join in the complaints, maybe even become disrespectful to your supervisors or boss. This attitude doesn’t glorify God and eventually you will quit or get fired, or worse yet, just live a grouchy unthankful life.

“Work willingly at whatever you do, as though you were working for the Lord rather than for people.” (Colossians 3:23). Sounds pretty simple. We should help others, at church and in our personal lives. Make hats and mittens for the homeless and don’t complain about the cost of yarn or shipping (that one is for me). Serve in the church , joyfully, gratefully, knowing that you are blessing others and pleasing god. Be that city on a hill at your job, light the way to Jesus. 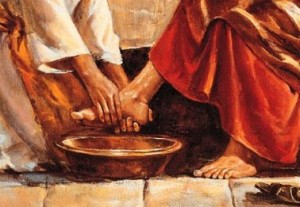