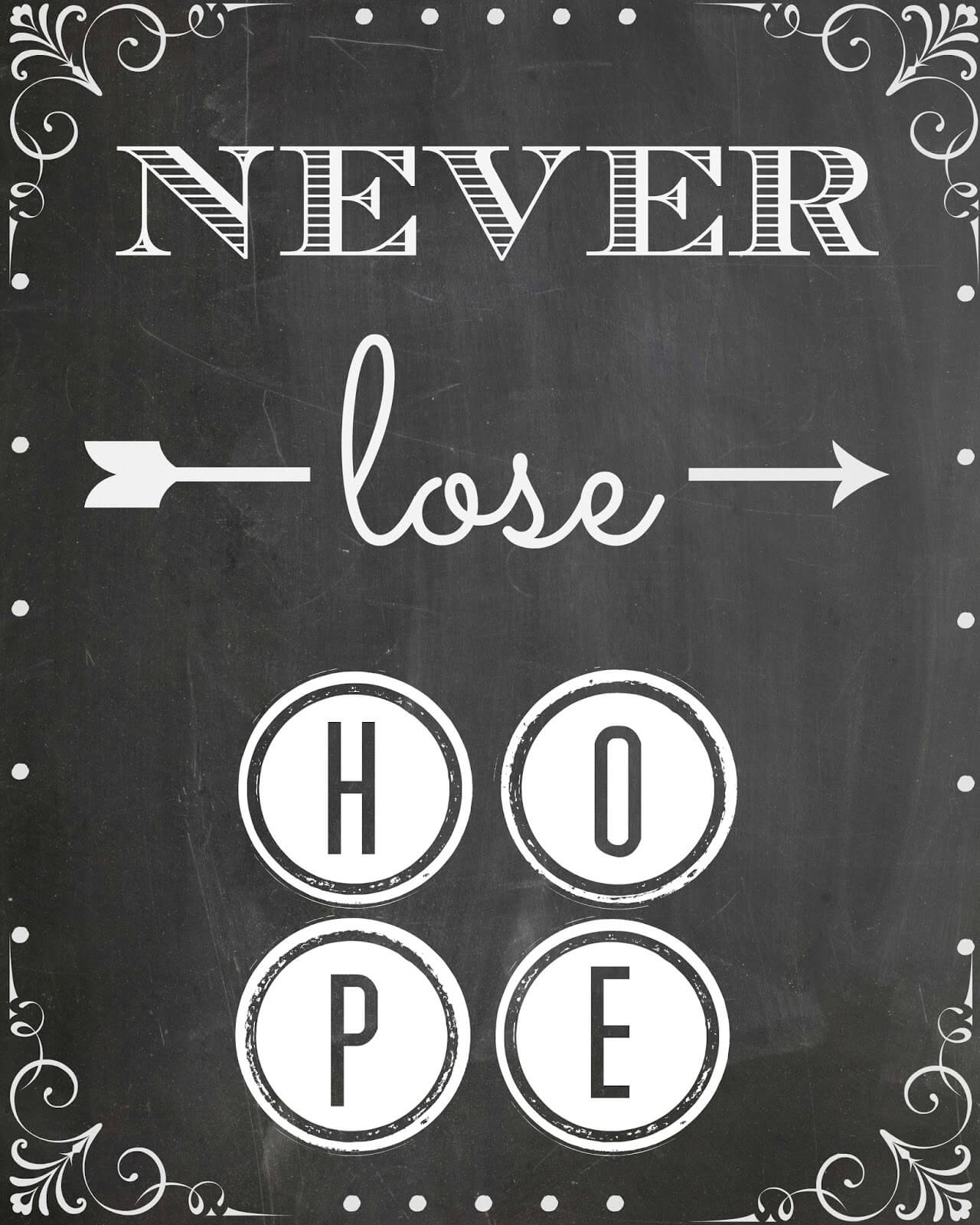 We all hope in something. Some of us place it in fate, in our abilities, our jobs, our education, in the government, or maybe our family and friends around us. Maybe all of the above. A lack of hope or hope that doesn’t come to an expected in can get us down and depressed. God says in Proverbs 13:12 “Hope deferred makes the heart sick, but a desire fulfilled is a tree of life.” We have all expected something, hoped for it and then when the outcome was delayed or didn’t come to pass, were heartbroken over it. Maybe you prayed for your marriage, only to see it come to a divorce, or prayed for your child, only to see them walk down the wrong path. There are so many letdowns in this life, not getting that promotion or that raise, no tax return, no weight loss, no publishers sweepstakes, etc. That is why it is so important that we place our hope in God. All the other places aren’t able to give us what we hope for. They will come through part of the time, or part of the way, at best. But they will never give us our hearts desire. (Psalm 37:4).

“But I have placed my hope in God, and I still got passed over for that promotion, my child is still in jail, and the government kept my money and I didn’t get a return.” Sound familiar? I’ve heard it, thought it, and (surprise) even said it.In Hebrews 11, verse one says, “Now faith is the substance of things hoped for, the evidence of things not seen.” We tend to hope, but leave out faith. We hope for it, that is the foundation of our faith. Faith only comes when we first have hope. We hope for better, then we ask God for it, next we stand in faith, in His promises, and believe He will do it. It may not be in our timeframe, or exactly how we envisioned it, but it will come. I waited twenty three years for the miracle in my marriage. I had “hope deferred” and a sick heart. But God came through. I honestly think it would have happened so much faster had we both cooperated more and whined less.

Maybe you are facing the hardest battle in your life up until now, cancer, betrayal, death of a loved one, financial ruin… Let’s take a look at Job. We all know his story. Satan accused God of too much protection and favor, when God pointed out His righteous servant Job. (Yep, God called attention to him.) Satan in his love for suffering asked God to take His hand of protection off of Job and promised God that Job would curse Him. Job lost everything, and I mean everything. All he had left was a wife, who told him to “curse God and die” after Satan was given permission to inflict his body, but not take his life. In Chapter 17 he seemingly loses hope, “where then is my hope—who can see any hope for me?” But later in Chapter 19, versed 25-26 Job responds in hope, “I know that my redeemer lives, and that in the end he will stand on the earth. And after my skin has been destroyed, yet in my flesh I will see God; I myself will see him with my own eyes—I, and not another. How my heart yearns within me!” Finally in Chapter 33 Job not only gets more than he started with concerning his possessions, God grants him seven more children. “The Lord blessed the latter part of Job’s life more than the former part. He had fourteen thousand sheep, six thousand camels, a thousand yoke of oxen and a thousand donkeys. 13 And he also had seven sons and three daughters. The first daughter he named Jemimah, the second Keziah and the third Keren-Happuch. Nowhere in all the land were there found women as beautiful as Job’s daughters, and their father granted them an inheritance along with their brothers.After this, Job lived a hundred and forty years; he saw his children and their children to the fourth generation. And so Job died, an old man and full of years.” (verses 16-17).

Hope in the wrong source is worthless. Hope in God without faith is useless. Get to know Him, and you will trust Him more. Hope makes us stronger and stronger. Hope is the only foundation for faith. Romans 8:24 says,
“For in this hope we were saved. But hope that is seen is no hope at all. Who hopes for what he already has?” We hope for things we do not already possess. Then true faith is the evidence that we are hoping for it. If there is no faith, then there isn’t a true hope. No true trust in the one who is able to perform for us. (Hebrews 10:23).

Romans 5:1-5
Therefore, since we have been justified through faith, we have peace with God through our Lord Jesus Christ, through whom we have gained access by faith into this grace in which we now stand. And we rejoice in the hope of the glory of God. Not only so, but we also rejoice in our sufferings, because we know that suffering produces perseverance; perseverance, character; and character, hope. And hope does not disappoint us, because God has poured out his love into our hearts by the Holy Spirit, whom he has given us.”