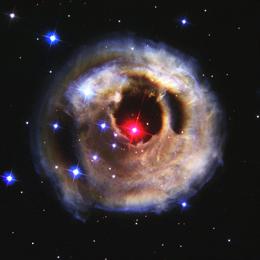 Ephesians 3:20-21 (NIV), “Now to him who is able to do immeasurably more than all we ask or imagine, according to his power that is at work within us, to him be glory in the church and in Christ Jesus throughout all generations, forever and ever! Amen.”

We have all been in that place at one time or another, or maybe some of you are there now, where we just think our “thing” is too big for God. Sometimes we think that God can do it for someone else, just not us. There is also the thought that asking for more (healing, money, favor, etc) is greedy and we shouldn’t. I am sure we can even come up with even more ways and reasons to limit God.

However, let’s not take our own perspective or worthless word on the subject, let’s look at Ephesians again. To “Him who is able to do immeasurably more,” more than what? More than we can ask or even imagine. I don’t know about you, but I have a pretty huge and vivid imagination, after all I am a writer, it kind of comes with the territory. So the things I can imagine are pretty out there, but God says He is able to do even more. He has the power to work those things in us.

Here are a few more translations of verse 20:
(NLT), “Now all glory to God, who is able, through his mighty power at work within us, to accomplish infinitely more than we might ask or think.”
(KJB), “Now to Him who is able to do above and beyond all that we ask or think according to the power that works in us-”

That is pretty straightforward. God told Abraham, “Is anything too hard for the LORD?” When Sarah laughed about conceiving at an old age. I think we all have to answer that same question. Is cancer too hard? Is owing no man (being out of debt) too hard? Is the salvation of our family too hard? How about recovering from divorce, death, or disease? Think of the hardest thing you can imagine and ask yourself, “is that too hard for God.” If your answer was “yes,” then you don’t really know who He is. It’s only our lack of knowledge of Him that prevents us from receiving from Him. Now, I know He is sovereign and His plan is perfect, we also live in a fallen world, and we have to go through some junk, but the key is going through. He is able, that is never the issue.

There are plenty of us who have finally gotten this revelation, only to get stuck in the mud. Usually it is because we aren’t standing in our authority. For example: if God says we are healed and we believe He is able to heal, that He in fact already took care of that thousands of years ago when He took those stripes on His back. So in our authority, which He Himself gave us, we command sickness to leave and healing to come. We tell our bodies, or our minds, to submit to the Lordship of Jesus Christ. Then we thank Him for what He has already done. We aren’t begging Him to do something. That is sort of pointless don’t you think? If a child of our continued to beg for a toy when we had already purchased it and placed it in his hands, we would get annoyed. Thank God, He has more patience than us.

Our God is also our Father. He made everything. Take a look around you, think about the ocean, a baby giraffe, a bumble bee, a sunset, or take a look at some of the pictures from the Hubble space telescope, He is limitless. His mercy and love know no bounds. His power is unending. He never sleeps nor shuts His eyes. He is forever watching you with eyes of love. All good and perfect gifts come from the Father and He has wonderful things in store for you.

So don’t put Him in a box, don’t limit the God who made the universe.