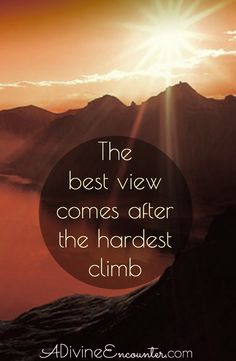 John 16:33 (NLT), “I have told you all this so that you may have peace in me. Here on earth you will have many trials and sorrows. But take heart, because I have overcome the world.”

Jesus was very plain, we live in this corrupted, fallen world, and here, there is going to be trouble. He also prayed later in John 17, “Not that you take them out of the world, but that you protect them from the evil one.” So, we are here till He returns or until God calls us home. So trials and sorrow will be part of our lives. Tribulations and turbulence will be in our future.

So what do we do?

Being “religious” isn’t the answer, going to church, reading your Bible, memorizing scripture isn’t the solution. Though the last three are great things, they are only a means to an end. The end, the final solution, is a close, intimate, and personal relationship with God. Knowing who He is, listening to His voice, getting to know Jesus, talking to Him in a way that isn’t just a list of “do for me” things. Because when the crap hits the fan, our religion falls short.

Jesus said that in Him we might have peace. We only get in Him, when we totally surrender our hearts to Him and allow Him to be Lord of our lives. Just saying a prayer doesn’t change us, or build a relationship. Yielding and pursuing Him does. And only a close and personal relationship with God will get me through the rough places in my life.

A great example was Jairus. He was a religious leader during Jesus time on this earth in human form. His daughter became sick and his religion couldn’t help her. There is no worse report for a parent than your child is a deaths door. This great need, with no religious solution, sent Jairus to Jesus. He had heard about His healing power. He humbled himself and sought the answer. After meeting Jesus and His quick agreement to go with Jairus, someone comes and tells the man that his daughter is dead. Sounds like misplaced faith, that the father was too late, that the answer wouldn’t come.

But Jesus! He assured Jairus that his daughter would be well. His daughter wasn’t just healed that day, she was raised from the dead.

Knowing about God doesn’t save us. Knowing Him does.