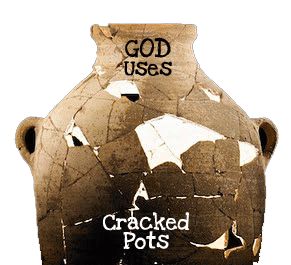 The Israelites had been under the hands of the Medians’ for seven years when the Angel of the Lord came to pay Gideon a visit. He said to him, “The LORD is with you, O valiant warrior.” (Judges 6:12) That is a statement birthed from a vision because Gideon was anything but valiant. He was hiding and shaking in his sandals. But God called him valiant.

When we think of a valiant warrior, we picture a big muscle bound man, maybe like Samson, or one filled with courage and who runs to the battle, like David. What we don’t picture is a man who has been put in a vulnerable position. In fact Gideon is so unsure, he asks God to give him a sign, twice.

When they finally go to battle, after God had weeded out the 32,000 warriors until there was only 300 men left. Talk about vulnerable! That still wasn’t enough for God. Let’s read about His plan for Gideon’s big battle.

Judges 7:16-19 (BSB), “He divided the 300 men into three companies, and he put trumpets and empty pitchers into the hands of all of them, with torches inside the pitchers. He said to them, “Look at me and do likewise. And behold, when I come to the outskirts of the camp, do as I do. When I and all who are with me blow the trumpet, then you also blow the trumpets all around the camp and say, ‘For the LORD and for Gideon.’”

Let me set the stage. It’s dark. Gideon’s men make a circle around the Midian camp held 135,000 trained soldiers. The Israelite soldiers each had a piece of pottery with a candle inside and a horn. When the signal was given they were to break the pottery, leaving themselves totally exposed and lit up. And just to make sure the enemy really took a good look, they blew their horns to attract their attention.

Ok, being honest here. I would probably told Gideon he was crazy when he wanted to fight with 300. When he outlined his big plan, I would have left. Good thing I wasn’t there that day because they won. Were they vulnerable? You bet they were. But God had gone before and placed a dream and the rumor mill in the Midian camp. They were already afraid of Gideon and had never even faced him. When they saw the lights and heard the trumpet blowing, the enemy turned on themselves and were totally destroyed. Gideon and his men never even lifted a weapon… other than the shout, “For the Lord and for Gideon!”

God wants us in a vulnerable place like Gideon with his candle and horn.

When we allow ourselves to be vulnerable we sometimes get broken. But God uses broken people in a magnificent way. For Glory needs an openness- light needs an openness. Unless there are some cracks in our pot how can the light come through?

He showed us how to be vulnerable, didn’t He?

“We’re never so vulnerable than when we trust someone – but paradoxically, if we cannot trust, neither can we find love or joy.” – Walter Anderson