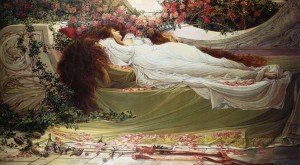 In 2003 I read a book titled, “Access Granted” by Joshua Fowler. For me this was the beginning of changing the way I thought about Christianity. Now it was only a beginning and a very small one at that, but the bible tells us not to despise small beginnings. Since that time I have gone through some stuff that challenged my new beliefs, However, God is so good that no matter what came my way, no matter what I read, or what I heard from the pulpit, He was confirming a whole paradigm shift. This continued to change the way I saw God, how I saw myself and how my life as His daughter ought to be, and it is changing the way I see others and the world. Now, thirteen years later, the Holy Spirit continues to bring me deeper in this revelation of who I am in Christ.

Recently, as a congregation, we have been covering “Who We Are In Christ,” “Our Rights and Responsibilities as Sons of God,” and “Discipleship.” Our Senior Pastor, Dr. William Hohman has written several small books on some of these revelations. Then a few weeks ago, I had a pastor, Mel Wild, ask me to review his book, “Sonshift”. I follow his blog on the internet and I knew that he was experiencing this new wave of God, so I agreed. Through this book, I have an even greater understanding of what our life should look like as Christians.

Here is a quote from the preface of “Access Granted”: “I am encountering people who are hungry for more of God and His blessings…They are determined to press beyond the norm into the supernatural character, power, and order of God. And they are willing to step over the Jordan and pay the price for their promised land…I am concerned because I am also encountering those who think they know it all they’ve been there, done that, and bought the t-shirt. Instead of using their wisdom and experience as a platform for new revelation and exploits, they are stuck in a rut. They don’t realize that they are old wineskins… Why should you allow God to shake up your world, change your thinking, and lead you into your promised land? Because He wants you to obtain your inheritance in theis earth, so you can carry His name to a lost and dying wolrd. Your harvest is ripe!…It is time for you to open your heart to the new wine and reap your harvest. My prophetic word to you in this hour, “Become anew wineskin for the Lord.”

Joshua Fowler is referencing the parable in Luke 5:36-38. Let’s take a look at that.

(NASB), “And He was also telling them a parable: “No one tears a piece of cloth from a new garment and puts it on an old garment; otherwise he will both tear the new, and the piece from the new will not match the old. And no one puts new wine into old wineskins; otherwise the new wine will burst the skins and it will be spilled out, and the skins will be ruined. But new wine must be put into fresh wineskins. And no one, after drinking old wine wishes for new; for he says, ‘The old is good enough.’”

God is doing something NEW. Maybe not new to Him, but it is certainly new to us. Sure there may be a few who got this years ago. God always has a remnant, those who just seem to be able to surrender to His love in such a way that they get revelation on seemingly a daily basis. Good for them! Now it’s our turn, Amen. We can’t keep being the old us, doing the same old thing, and thinking in the same old way. That’s the old wineskin. That is brittle, inflexible, and other than holding the old wine, it is useless. But I want new wine, how about you? There needs to be a shifting. My friend Mel calls it a “Sonshift”.

Malachi 4:5-6 (HCSB), “ Look, I am going to send you Elijah the prophet before the great and awesome Day of the LORD comes. And he will turn the hearts of fathers to their children and the hearts of children to their fathers. Otherwise, I will come and strike the land with a curse.”

Luke 1:17 (NIV), “He will bring back many of the people of Israel to the Lord their God. And he will go on before the Lord, in the spirit and power of Elijah, to turn the hearts of the parents to their children and the disobedient to the wisdom of the righteous—to make ready a people prepared for the Lord.”

This scripture was about John the Baptist, but it is being fulfilled in a greater way to us right now. The time is ripe.

“I believe we are seeing today a unique day in the body of Christ. I believe we’re living in a day unprecedented since the days of the apostles. We’re living in a day where God is revealing Himself to us as Father. And because the Father is love, His love is becoming available to us like it hasn’t been for 2,000 years. And as that love is coming, it’s turning our Bibles upside down, inside-out, back to front. It is turning our Christianity, up upside down, inside-out, back to front. It is, for the first time, putting us in the place where we can enjoy our life more than sinners.” –James Jordan, Fatherheart Ministries

This is the generation.

“The Spirit said, ‘I will change the understanding and expression of Christianity on earth in one generation.’”- Mike Bickle, Founder of International House of Prayer

In “Sonshift,” Mel Wild uses the parable of the Prodigal Son, to show us that it wasn’t just about one son, it was about two sons who both were a type of “orphans by choice”. Their father wanted the best for them, one rebelled and wanted to do things his own way, while the other had a slave mentality and was working away with an attitude, just waiting for his dad to die so he could get his inheritance. How many of us, who have accepted Jesus as our Savior still live as if we were orphans? Mel calls those “spiritual orphans.”

Here is an excerpt from the book: “The truth is, Jesus came into our orphaned world and introduced His Father to us in order to show us how to live in His Father’s house. He did this so we could be reunited with Him, right now and forever, no longer orphans but sons and daughters. He told us He would do this by sending the Holy Spirit so that we could live just like He did when He walked the earth- abiding in our Father’s house and “proving” to this orphan world that our Papa’s purpose for them is good and acceptable and perfect. Beloved of God, this world has no mental grid for the Father’s love, and the only way they’re going to know it is to see it through our lives.”

Jesus came to show us the Father. Up until this point people just didn’t understand who He really was. He had been relating to them in a way that they could understand, as a parent to a toddler. You can’t really reason with them, you just have to set some boundaries and then enforce them. Praise God for Jesus’ shed blood. For now God can relate to us as mature sons and daughters. We can see His true identity and purpose as well as our own.

Why is this so important? Well, first off wouldn’t you like all those promises of God, that are supposed to be “yes and amen” evident in your life? Me too! And secondly, we want the orphans of this world to find their true Father, the one who loves them more than they can understand, but who long for him anyway. They might not even understand what is missing from their lives, but when they see it they will know it. It’s just like us when we have a food craving. Frequently I don’t even know what I want, so I go to the fridge and take a look. When my eyes light on that one thing, I know it. If it is a true craving and not just “feeding my emotions”, after partaking I can say, “That hit the spot.” What I mean is it satisfied that craving, that empty spot was filled. That’s the way it will be with the world. On the other hand if I go to the fridge and it is empty… I am going to go look somewhere else. Our fridge needs to be full.

Let’s allow God to change us! Only God can really change us from the inside out, true, but we have to allow it. He never forces us, ever. Let the Potter mold His clay. The outcome will be such a beautiful vessel, such a blessed life, that others will want the same. The harvest is ripe, time is quickly running short. Now is the time. No more delay, no more excuses, and no more procrastination. God’s work is finished, now it is our turn.

We are the true “Sleeping Beauty” but God’s word to us today is “Awake, awake, oh sleeper!”

The Puppet Queen is a great twist on the well known fairy tale, Sleeping Beauty. I really enjoyed this read. It is an adult version, gritty, and full of intrigue. There is no swearing, the only sexual content is implied rape, does contain violence. I can recommend for ages 16 and up. I will be reading more by this author.