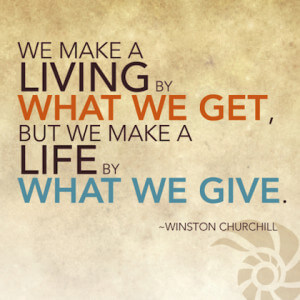 Mark 14:3-9 (NIV), “While he was in Bethany, reclining at the table in the home of Simon the Leper, a woman came with an alabaster jar of very expensive perfume, made of pure nard. She broke the jar and poured the perfume on his head. Some of those present were saying indignantly to one another, “Why this waste of perfume? It could have been sold for more than a year’s wages and the money given to the poor.” And they rebuked her harshly. “Leave her alone,” said Jesus. “Why are you bothering her? She has done a beautiful thing to me. The poor you will always have with you, and you can help them any time you want. But you will not always have me. She did what she could. She poured perfume on my body beforehand to prepare for my burial. Truly I tell you, wherever the gospel is preached throughout the world, what she has done will also be told, in memory of her.”

This woman did what she could for Jesus. To some it seemed a waste, to Jesus it meant everything.

I read the story of Fanny Crosby who was blind from shortly after birth and she wrote over 8,000 hymns and gospel songs. Her personal life wasn’t great, marital rift, death of her only baby, and living destitute in the slums. Yet, at age 60 dedicated her life to serving in Rescue Missions. She wrote “Blessed Assurance” and “To God Be the Glory.” Her tombstone read: “Aunty Fanny, She hath done what she could.” Her songs are still blessing people today.

Then there is Irena Sendler, a Polish nurse who smuggle over 2,500 babies out of Warsaw ghettos during Hitler’s reign. She used her imagination smuggling them out in suitcases, mechanics tool boxes, and even coffins. Keeping detailed information of where she put each child, she did what she could to reunite the families after the war. She couldn’t stop the war, but she didn’t let that stop her from doing what she could.

Victoria Soto, hid her students during the school shooting at Sandy Hook, and died protecting them. This teacher couldn’t save the whole school, or even her own life, but she did what she could.

What about Jael, in the Bible. Sisereas was attacking Israel and Deborah and Barak were leading the charge against him. They finally got him on the run and this unknown, unimportant woman invited Sisereas into her tent. When he asked her for water, this smart woman gave him warm milk, hid him under some blankets and when he dozed off drove a tent peg through his temple. In those days women didn’t go to battle. It was already a miracle that Deborah was along for the ride. (Judges 4) Yet this one woman won the war. She did what she could.

There are literally millions of stories about people who changed the world, or changed a life, by their actions. Most didn’t plan to do it, but when the opportunity came, they took it. Had Irena Sendler rescued only one or two children, her accomplishment would have been no less. If you have ever read Chicken Soup for…they are filled with stories of people who did small things and changed lives.

Sometimes the battle looks too big, circumstances huge, and like there is no way one person can help.

This unknown author says, “Instead of doing nothing because I am overwhelmed, today I will do something, even if it is small, because it will be one step closer to the goal.”

Mother Theresa said, “In this life we cannot always do great things, but we can do small things with great love.”

I love J.R. Tolkien’s Lord of the Rings trilogy. One of my favorite saying from Gandalf is this one, “Some believe that it is only great power that an hold evil in check, but that is not what I’ve found. I have found it is the small things. Everyday deeds, by ordinary folk that keeps the darkness away.”

Think about that. Kissing our kids goodnight, giving someone a ride to church, smiling at the girl in the checkout, leaving a larger than expected tip at a restaurant, reading your bible, not letting the world get you down, or laughing and sharing a meal with friends. These things are the opposite of darkness, and when we do them the light of His love drives the darkness away.

Our society is obsessed with long life and anti-aging, but it isn’t the duration of a life that matters, it is the donation!

If we are faithful in these little things, God may use us in a big way, or He may just want us to keep heaping up these little things until they are all one big thing. My father-in-law loved to find pennies. He never did the “lucky penny” thing, but he would smile put one in his pocket and say, “pennies make dollars!” Small things turn into big things!

Can you share a meal, sew on a button, make a cake, babysit for a friend, spend some time in prayer, donate some time at school…?

Do what you can!