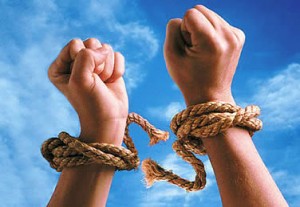 Psalms 106:8-14 (AMP), “Our fathers in Egypt understood not nor appreciated Your miracles; they did not [earnestly] remember the multitude of Your mercies nor imprint Your loving-kindness [on their hearts], but they were rebellious and provoked the Lord at the sea, even at the Red Sea. Nevertheless He saved them for His name’s sake [to prove the righteousness of the divine character], that He might make His mighty power known. He rebuked the Red Sea also, and it dried up; so He led them through the depths as through a pastureland. And He saved them from the hand of him that hated them, and redeemed them from the hand of the [Egyptian] enemy. And the waters covered their adversaries; not one of them was left. Then [Israel] believed His words [trusting in, relying on them]; they sang His praise. But they hastily forgot His works; they did not [earnestly] wait for His plans [to develop] regarding them, but lusted exceedingly in the wilderness and tempted and tried to restrain God [with their insistent desires] in the desert.”

David admits that his forefathers had a problem with forgetfulness. They forgot that God is a merciful God, that he is a loving Father, kind and fiercely protective. Yet God still saved them, so that others could see His power. God performed many wonderful things in the sight of those rebellious children, who tramped years longer than necessary, through the wilderness. But those children “hastily forgot His works.” They quickly lusted for what they didn’t have instead of being grateful for what they did.

They also had some trust issues. God in his patience would deliver them, and they would sing His praise and seemingly put their trust in Him, only to “restrain Him with their insistent desires”. They hindered the work He wanted to do for them. They hindered and fought against the plan He had laid. They wanted what they wanted instead of accepting what they needed from the One who knew the beginning from the end. These stiff-necked children tried to live according to the world’s system instead of listening and obeying God.

Psalms 106:34-39 (AMP), “They did not destroy the [heathen] nations as the Lord commanded them, But mingled themselves with the [idolatrous] nations and learned their ways and works and served their idols, which were a snare to them. Yes, they sacrificed their sons and their daughters to demons and shed innocent blood, even the blood of their sons and of their daughters, whom they sacrificed to the idols of Canaan; and the land was polluted with their blood. Thus were they defiled by their own works, and they played the harlot and practiced idolatry with their own deeds [of idolatrous rites].”

Now, before we get to judgmental, let’s take a look at our own lives. Do we really trust Him, let’s be honest, or do we try to “figure things out” on our own? Do we remember all He has already brought us through, or do we listen to the news, the doctor’s report, or look at that balance in our checking account? Are we thankful for where He is leading us and expecting to come out into a blessing, or are we looking back at the past thinking how much more fun things were, or what we think we are missing out on? Do we desire to live Godly, or do we look at the seeming ease of the world and whish that we could have things so “easy?” God hasn’t changed. The same desires that He had for those who were slaves in Egypt, are the exact ones He has for us. He wants us blessed, and He wants us to be a blessing!

We can only do that if we “lean not on our own understanding.” We know Him, know His plans for us, listen and obey. I know it sounds too simple, but really it is. We are the ones who make it hard. How can we ever lead anyone to Christ, build the Kingdom, if we are full of doubt and unbelief? If we can’t remember all the wonderful things He has done for us, how are we going to share our testimony? Do we share more problems than God’s providence? Are we steeped in worry and anxiety? That’s not how it should be! If we live the way those escaped slaves lived, with a slave mentality, we will never be who God has ordained us to be. He has set us free! We are no longer slaves, we are sons.

Trust Him. He is trustworthy. Period.

And NEVER forget His love for you. Ever.