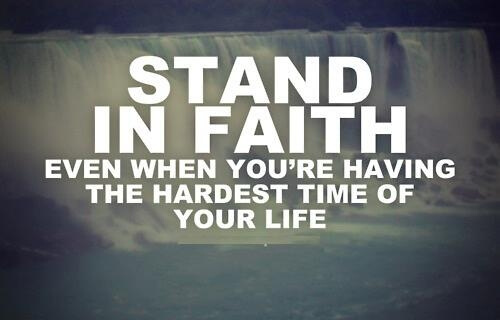 God tells Joshua twice in chapter seven to “Get up”, or some versions say “Rise up.” What was Joshua doing? Lying prostrate and asking God “Why?” They had just lost a battle that they thought was going to be an easy one, in fact all of their fighting men hadn’t even gone along to the battle. Even worse, it was the very first battle after they saw the walls of Jericho fall down.

Joshua was perplexed, he was doing what most of us do…lie down and cry out “Why didn’t you come through for us, are you just going to let me die?”

So God patiently explained Himself- Nope, He told Joshua to “Get Up!” He had already given them something to do with very clear instructions. Yet they hadn’t obeyed. God told Joshua they had sinned. When we disregard God’s instructions there are consequences. They hadn’t won the battle at Jericho because of their strength and courage, but because God’s strength! When we obey, He always has our backs.

Are things tough, maybe it wasn’t your fault, maybe it was sin, no matter what, don’t lie and cry. Get up! Repent if you need to, and then get back to the battle. Have you left something unfinished? Get up and do it!

James 1:22 (NIV), “Do not merely listen to the word, and so deceive yourselves. Do what it says.”