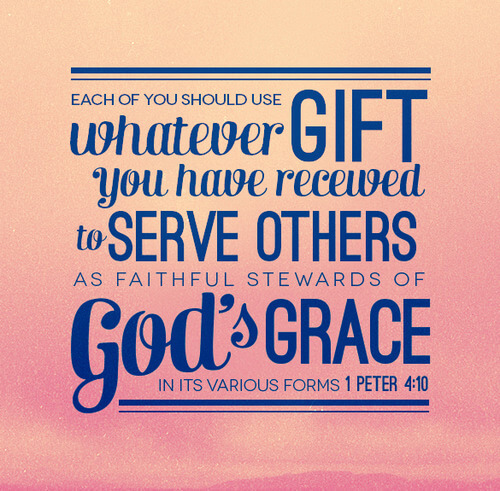 God has called us to a life worth living. He never intended for us to go from one meaningless task to another. Sometimes on our walk, we tend to get caught up in one aspect, such as parenting. All our time and energy is put into our children. Or maybe it is our ministry, or our job, or a hobby. Worse yet, we try to have our irons in too many fires and nothing worthwhile is ever accomplished. That’s why it is important that we simplify our lives as much as possible.

So how do we live this kind of life that matters?

We don’t have to be perfect Christians! There is no such thing! We strive to be better, but we live where we are. God uses us no matter our immaturity, no matter our faults, or our failures. If God was waiting for us to be “perfect” before He used us, nothing would have ever been accomplished in the Kingdom. Let’s take a look at some imperfect people that God used.

Elijah- we all know he was a great prophet of God. He challenged the prophets of Baal in boldness and power, only to run away from an evil queen and have the world’s biggest self pity party. God had to correct him.
Moses- God’s chosen deliverer. He brought over a million people through the wilderness. The Bible tells us he was the most humble man. Yet he made excuses to God, killed a man, and never got to see the Promised Land himself due to his disobedience.

David- He was a man after God’s own heart. Designed the temple, initiated praise and worship, fought the giant in strength and honor. Yet he committed adultery, had the woman’s husband killed, and neglected to teach his sons the way of God.

Rahab- Was a prostitute. But the woman saw God for who he was and ended up being in the lineage of Jesus.

Then we all know about the disciples. They lacked faith and discipline. Often, they seemed baffled and confused about everything Jesus tried to teach them. Some were stubborn; one was a robber and took silver to betray our Lord. Yet God used them all, even Judas.

We know all of this, so why do we think we aren’t good enough, mature enough, smart enough, or whatever, to be used in a big way by God? Why do we judge others as unworthy to be used? I think it is our expectations that are messed up. There is a huge difference in expecting better, looking to improve, and striving to be more like Jesus, and expecting perfection. Jesus was the only perfect person and even He had His “hour of flesh.” In addition, I think our idea of what make a perfect Christian is totally different that one another’s, and definitely different than God’s idea. We know that He sees the end from the beginning, but don’t be confused, and never let Satan lie to you about that. It doesn’t mean God is expecting you to be that end product right now. He is conforming us into the image of Christ.

Romans 8:29 (NIV), “For those God foreknew he also predestined to be conformed to the image of his Son, that he might be the firstborn among many brothers and sisters.”

I heard this on a radio program yesterday, “God loves you for who you are, not who you should be.” Let that sink in. Before we were saved, when we were still living according to our flesh, in darkness and in this world, we found out that God loved us. Despite the mess, despite the condition of our hearts, He loved us. We accepted that love and He adopted us into His family. Then somewhere along the way we decided that He loves us because He knows our end from the beginning. That He loves who we are going to be. That is not the whole truth. No wonder He tells us that the truth will set us free! God loved us when we were ugly in our sin, He loves who we are going to be, and most importantly He loves us know, just as we are. That old hymn, “Just as I am” holds profound truth.

Never allow that to be an excuse to stay the way we are. He wants better for us. His plans for us include great things. We have to allow change to take place, but be patient and allow the Holy Spirit to work your life. He has given us gifts and talents to do wonderful things for the Kingdom.

I Peter 4:10 (NIV), “Each of you should use whatever gift you have received to serve others, as faithful stewards of God’s grace in its various forms.”

Let’s look at a few people who used their gifts for God.
Acts 9:36-42 (NASB), “Now in Joppa there was a disciple named Tabitha (which translated in Greek is called Dorcas); this woman was abounding with deeds of kindness and charity which she continually did. And it happened at that time that she fell sick and died; and when they had washed her body, they laid it in an upper room. Since Lydda was near Joppa, the disciples, having heard that Peter was there, sent two men to him, imploring him, “Do not delay in coming to us.” So Peter arose and went with them. When he arrived, they brought him into the upper room; and all the widows stood beside him, weeping and showing all the tunics and garments that Dorcas used to make while she was with them. But Peter sent them all out and knelt down and prayed, and turning to the body, he said, “Tabitha, arise.” And she opened her eyes, and when she saw Peter, she sat up. And he gave her his hand and raised her up; and calling the saints and widows, he presented her alive. It became known all over Joppa, and many believed in the Lord.”

Tabitha made clothes for the poor. To some people that might not have been a “big” deal. Her kindness touched the heart of God and He sent Peter to raise her from the dead.

Then there were the two women who cared for the prophets of God. The first was a widow who lived at Zarephath. She only had a little oil and flour and was preparing to die, but she gave to Elijah first and God blessed her with enough to last through the famine. The second, a barren woman, set aside a room for Elisha so that whenever he passed through he had a place to call home. God blessed her with a child, and then when her son died, God used Elisha to raise him from the dead. These were small things that these women did each for just one man, but God saw them as great deeds.

When we help just one person at a time we are working for Him. When we do an outreach that reaches dozens, hundreds, or even thousands, God doesn’t see that as any more significant. We need to stop looking at our shortcomings, our lack of recourses, or our seemingly lack of time. It’s not us, it’s Him. He gets it done. We commit our way to Him and He does the behind-the-scenes work.

So maybe we are afraid of failure. We may have thought we heard God and stepped out only to find out it wasn’t Him after all. It’s happened to us all. If we let that stop us, we will never get anything done. If you missed His voice, you don’t remedy that by deciding to not listen to any voice. The answer is to practice hearing Him. Get to know Him better. Start small and do the things you know He has asked, like paying tithe, reading your word, giving to the poor, raising your children in the admonition of the Lord, and loving your neighbor. When we obey in these small things, we learn to hear Him. Our flesh is crucified and our spirit grows not only stronger, but closer in relationship with the Father.

There is risk in everything! Which do you think God is more pleased with, someone who steps out and stumbles, or the one who sits on his rump and refuses to step out at all? Be a David, be an Esther. The world needs more Corrie Ten Booms, more Tabitha’s, more like the widow at Zarephath.